VPNs can be managed and deployed as:

We can encapsulate routing protocol traffic using a GRE packet, and then encapsulate the GRE packet into an IPsec packet to forward it securely to the destination VPN gateway.

Site-to-site IPsec VPNs and GRE over IPsec are adequate to use when there are only a few sites, they are not sufficient when the enterprise adds many more sites because each site would require static configurations to all other sites.

Dynamic Multipoint VPN (DMVPN) is a Cisco software solution for building multiple VPNs in an easy, dynamic, and scalable manner.

It uses a hub-and-spoke configuration to establish a full mesh topology. 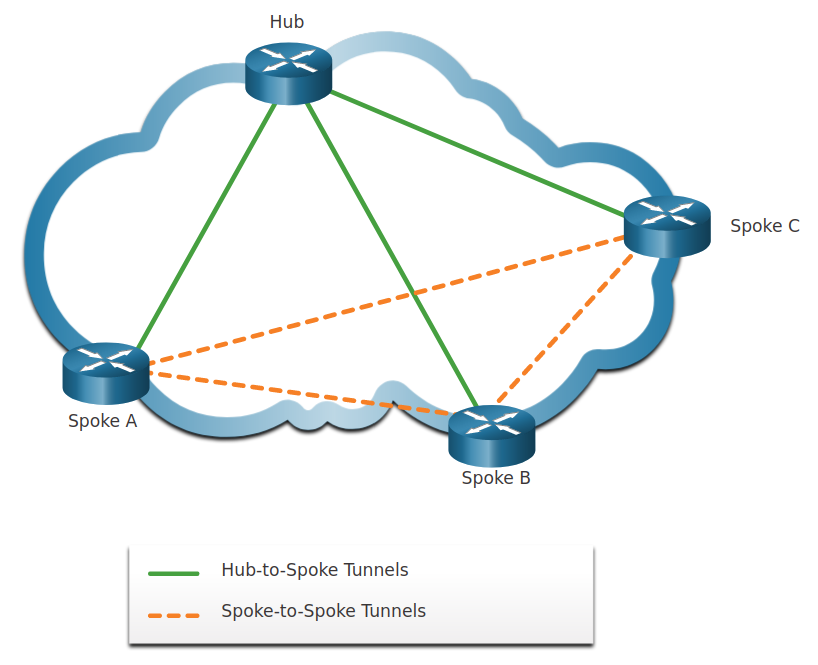 VTI is capable of sending and receiving both IP unicast and multicast encrypted traffic.

IPsec is an IETF standard that defines how a VPN can be secured across IP networks.

IPsec can protect traffic from Layer 4 through Layer 7 of the OSI model. 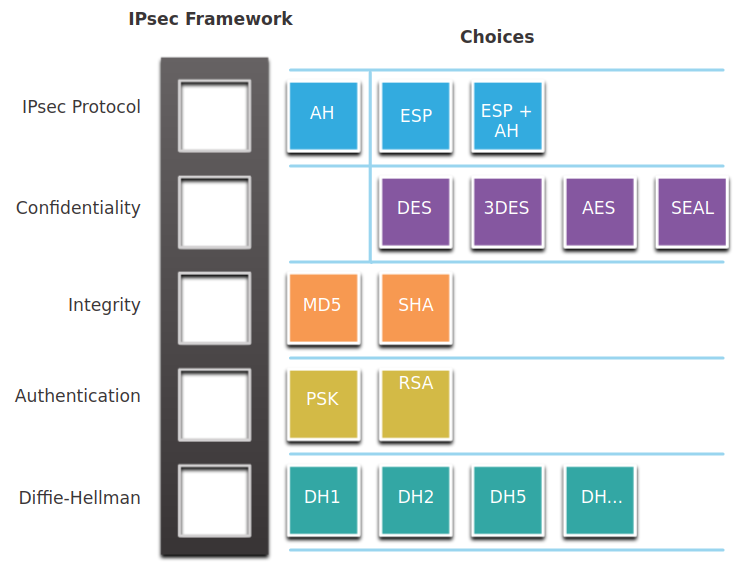 A Security Association (SA) is the basic building block of IPsec.

the peers must share the same SA to negotiate key exchange parameters, establish a shared key, authenticate each other, and negotiate the encryption parameters. 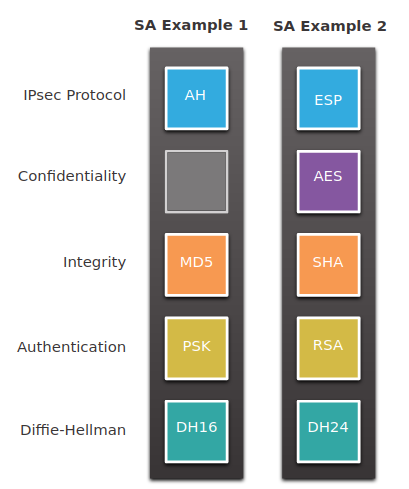 AH does not offer confidentiality as all text is transported encrypted.