Typically, an off-premise service that offers on-demand access to a shared pool of configurable computing resources. Cloud computing, with its “pay-as-you-go” model, allows organisations to treat computing and storage expenses more as a utility rather than investing in infrastructure.

Allows for multiple operating systems to exist on a single hardware platform by abstracting the Services, OS, Firmware and Hardware into layers.

Hypervisor is installed on top of the existing OS, examples include:

Network functions can be virtualised. Each network device can be segmented into multiple virtual devices that operate as independent devices.

Software-Defined Networking moves the control plane of each networking device into a single controller. 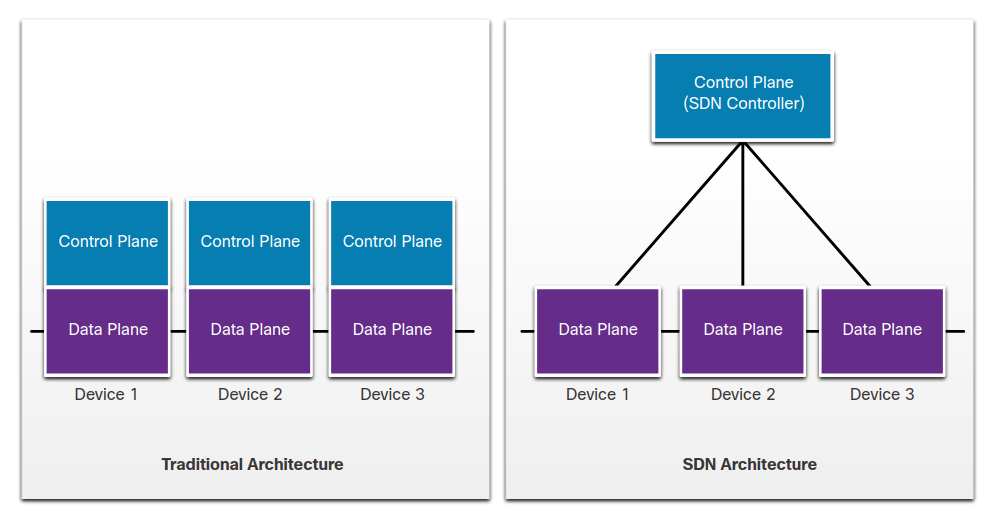 Components of SDN may include the following:

The SDN controller defines the data flows between the centralised control plane and the data planes on individual routers and switches.

Within each switch, a series of tables implemented in hardware or firmware are used to manage the flows of packets through the switch. 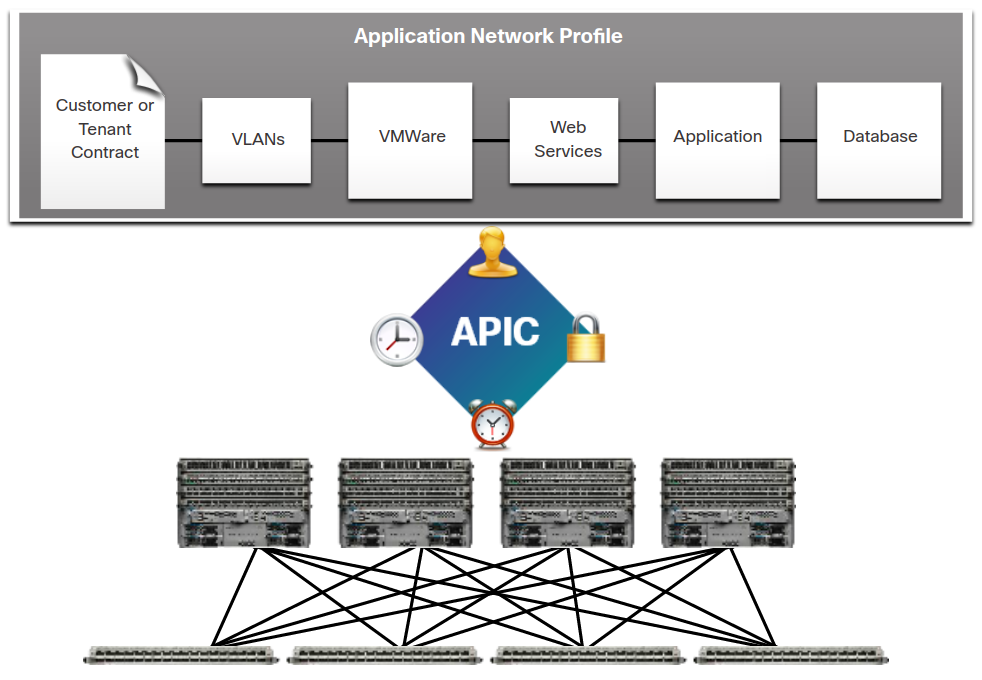 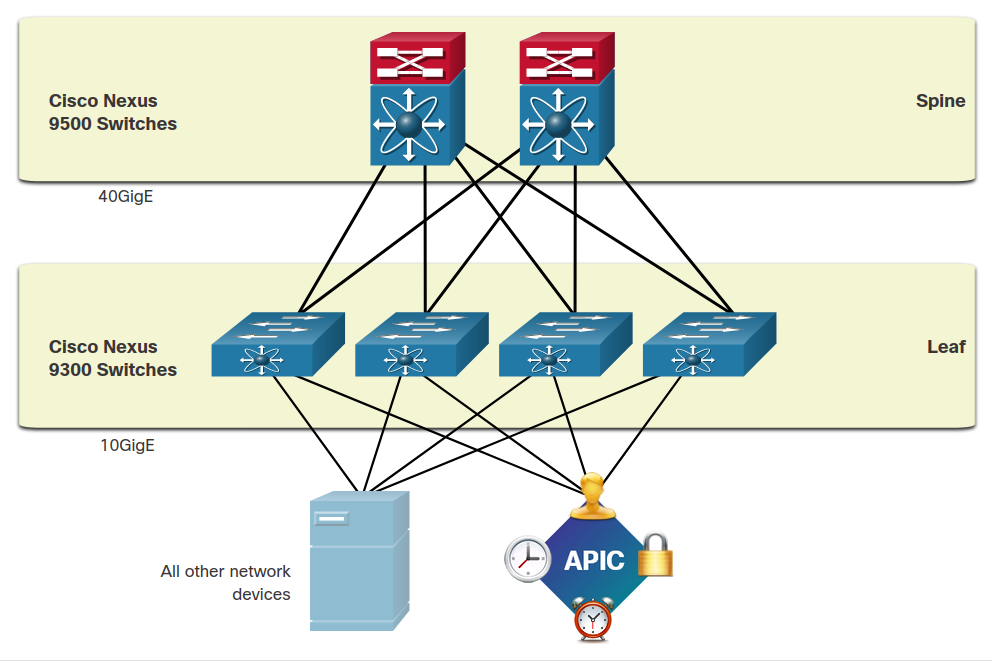